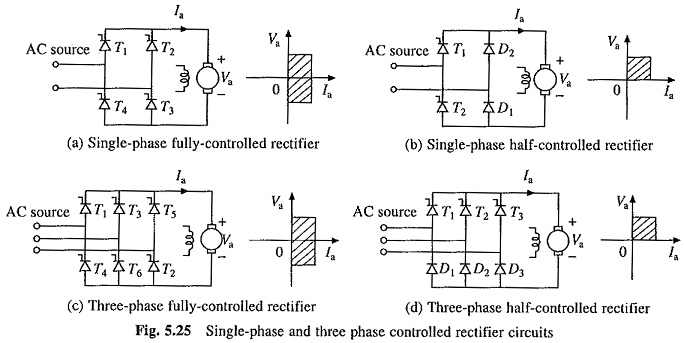 Rectifiers of Figs. 5.25(a) and (c) provide control of dc voltage in either direction and therefore, allow motor control in quadrants I and IV. They are known as Fully Controlled Rectifiers.

Rectifiers of Figs. 5.25(b) and (d) are called Half Controlled Rectifiers as they allow dc voltage control only in one direction and motor control in quadrant I only.