Binary Number System in Digital Electronics – The decimal number system, using the base or radix 10, is familiar to most people. The digits for the system are defined as the non-negative integers which are smaller than the radix. For the decimal system, therefore, the digits are 0 to 9. This means that when one column of numbers increases beyond 9, the highest single digit, a carry is made to the next column while the first column returns to zero. The number 10 results. When the first two columns reach 99, carries are made from the first column to the second column and from the second column to the third column and the number 100 results. This familiar procedure is illustrated in Figure 14-5. 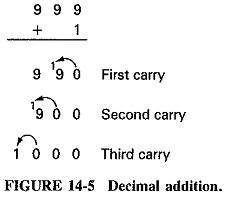 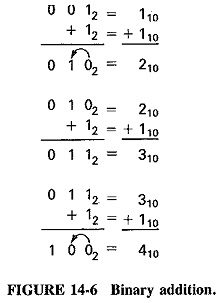 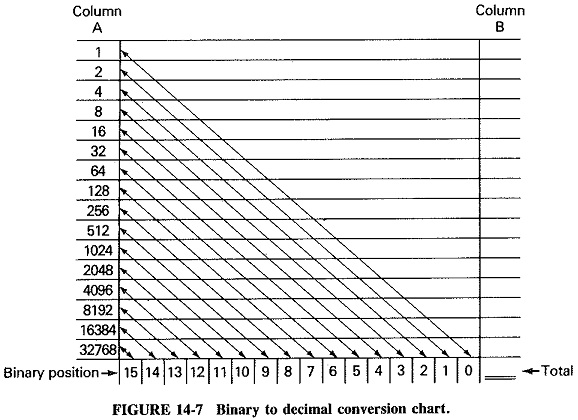 Conversion from decimal to binary uses a different process, whereby the decimal number is divided by two and the remainder recorded each time, as shown in Figure 14-8. Since each division is by 2, a remainder of either 1 or 0 must be obtained. The conversion is complete when the division by two cannot continue. 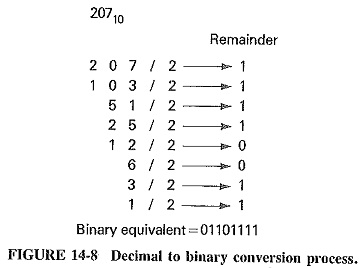 Examples of binary addition are given in Figure 14-9. 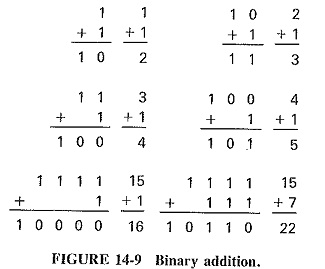 The important point about the binary number system is to recognize that it can be used to represent any decimal number, As indicated, all binary numbers will consist entirely of 0s and 1s. This is advantageous for use in digital electronic systems which are designed to utilize binary codes, When codes are based on the Binary Number System in Digital Electronics, they are computable; that is, they can be added and subtracted or evaluated to determine which is larger.