With the advance of integrated circuit technology, integrated circuits with improved capabilities are appearing in ever increasing numbers. Innovative design methods and fabrication procedures have not only helped to produce a large variety of new integrated circuits but also improved the old ones. Often the use of specialized ICs produces a simpler and more accurate circuit, such as Datel’s universal filter FLT-U2 which has simultaneous low pass, high pass and band pass output responses. Notch and all pass functions are also available by combining these output responses in the uncommitted opamp. Because of its versatility, this filter is called a Universal Active Filter using Op Amp. The Universal Filter is sometimes also called a State Variable Filter.

The various filter networks discussed in this category are used in many circuits, but in critical applications specially designed filter ICs are preferred. Besides being more accurate, specially designed IC filters are simpler, easier to use and more flexible. Detal’s FLT-U2 is a typical example of such a specialized IC filter. 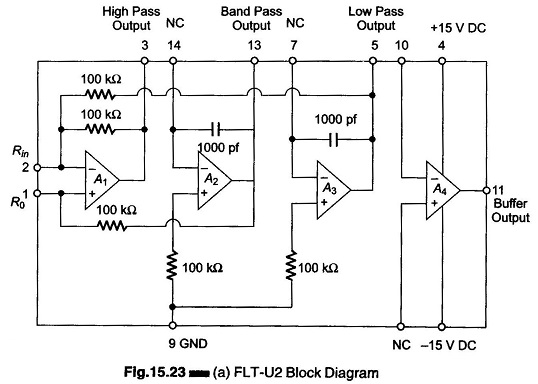 In addition, any of the filter types, such as Butterworth, Chebyschev or Bessel, may be designed by the proper selection of external components by using the FLT-U2. 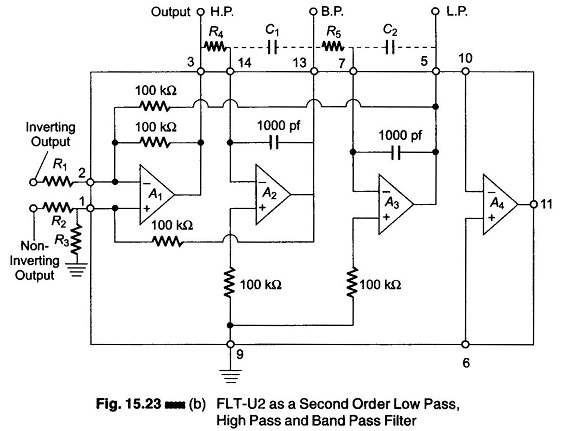