To avoid the problems of mechanical relays, Solid State Relay Interfacing are used. In this triac is used as a switching element and isolation is provided by opto isolators or pulse transformer. The Fig. 15.16 shows the typical opto isolator circuitry. It consists of LED and a photo transistor. 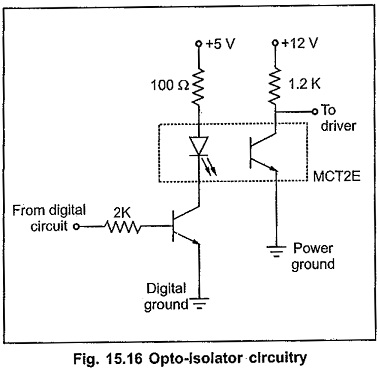 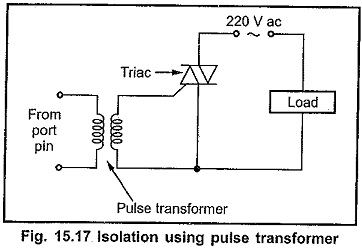 One way to, increase current sinking and sourcing capacity is to use integrated circuit buffers such as 7406 hex inverting buffer and 7407 hex noninverting buffer. These buffers are of open collector type, therefore their current sourcing capacity is decided by external register. These buffers can sink current as much as 40 mA. This current is sufficient to interface LED displays.