Figure 4.15 shows a magnetic field system with two electrical excitations one on stator and the other on rotor. The system can be described in either of the two sets of three independent variables; (λ1, λ2, θ) or (i1, i2, θ). In terms of the first set 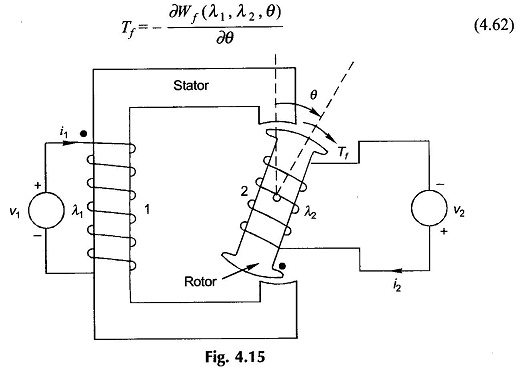 where the field energy is given by

The Self- and mutual-inductance of the two exciting coils are functions are angle θ.

If currents are used to describe the system state

where the coenergy is given by

In the linear case

where inductances are functions of angle θ.