Comparison of Various Systems of Transmission:

Below is given the table which shows the ratio of conductor-material in any Comparison of Various Systems of Transmission with that in the corresponding 2-wire d.c. system. Cos Φ is the power factor in an a.c. system. 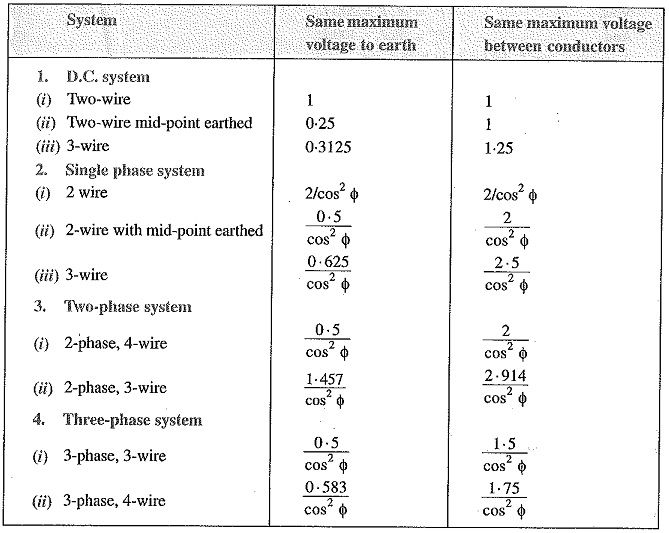 The following points may be noted from the above table :

Elements of a Transmission Line

For reasons associated with economy, transmission of electric power is done at high voltage by 3-phase, 3-wire overhead system. The principal elements of a high-voltage transmission line are