A schematic of a Speed Torque Characteristics of DC Compound Motor is shown in Fig. 1.18. There are both series and shunt fields (separately excited fields). The orientation of the series flux may be such as to aid or oppose the shunt flux in the magnetic circuit. In the former case, with the additive nature of the component fluxes, the motor a differential compound motor. Again, depending upon the position of the series field the motor may be long shunt or short shunt. In the former, the series field is in series with the armature, whereas in the latter it is in series with the line. These are shown in Fig. 1.18. 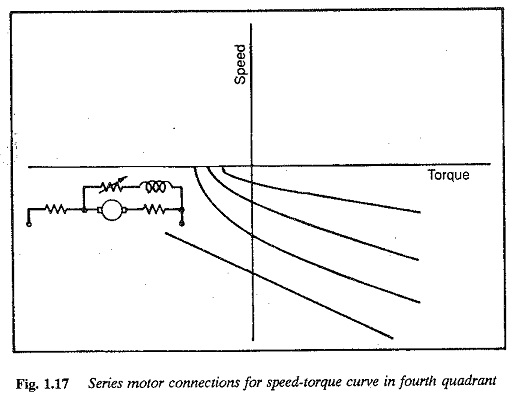 In a cumulatively compound motor the flux increases with load. Therefore, the speed falls as the load increases. The curve has a drooping nature and shows less hardness than that of a shunt motor. However, the speed drop is limited by saturation and armature reaction. A typical characteristic is shown in Fig. 1.19. 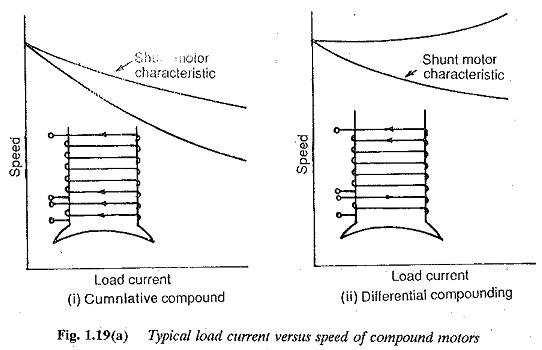