An open conductor faults is in series with the line. Line currents and series voltages between broken ends of the conductors are required to be determined.

The symmetrical components of currents and voltages are

The sequence networks can be drawn for the power system as seen from FF′ and are schematically shown in Fig. 11.20. These are to be suitably connected depending on the type of fault (one or two conductors open). 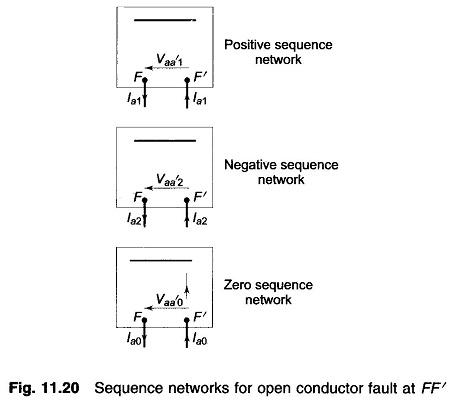 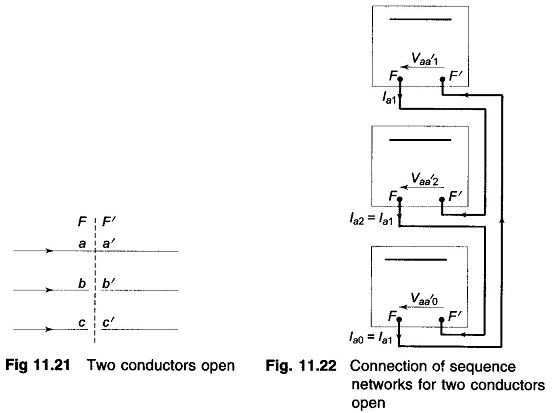 Figure 11.21 represents the fault at FF′ with conductors b and c open. The currents and voltages due to this fault are expressed as

Equations (11.29) and (11.30) suggest a series connection of sequence networks as shown in Fig. 11.22. Sequence currents and voltages can now be computed. 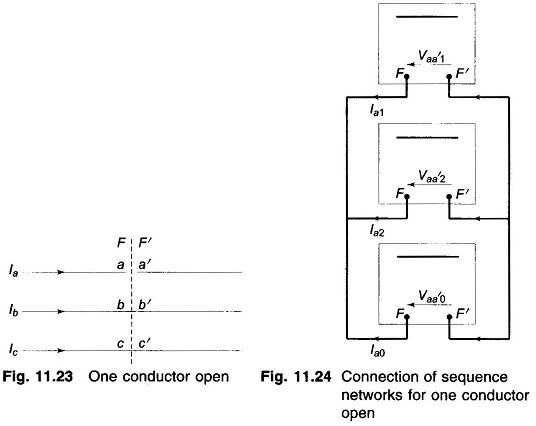 For one conductor open as in Fig. 11.23, the circuit conditions require

In terms of symmetrical components these conditions can be expressed as