AC Distribution Calculations differ from those of d.c. distribution in the following respects :

There are several ways of solving AC Distribution Calculations. However, symbolic notation method has been found to be most convenient for this purpose. In this method, voltages, currents and imped­ances are expressed in complex notation and the calculations are made exactly as in d.c. distribution.

(i) Power factors referred to receiving end voltage: Consider an a.c. distributor AB with concentrated loads of I1 and I2 tapped off at points C and B as shown in Fig. 14.1. Taking the receiving end voltage VB as the reference vector, let lagging power factors at C and B be cos Φ1 and cos Φ2 w.r.t. VB. Let R1,X1 and R2,X2 be the resistance and reactance of sections AC and CB of the distributor. 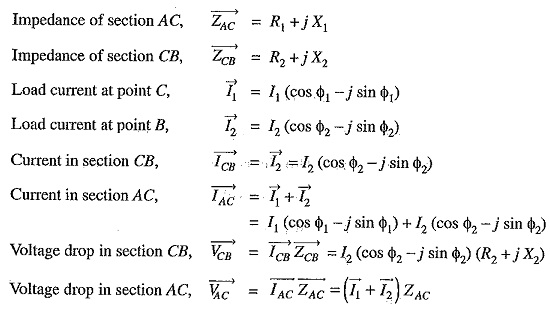 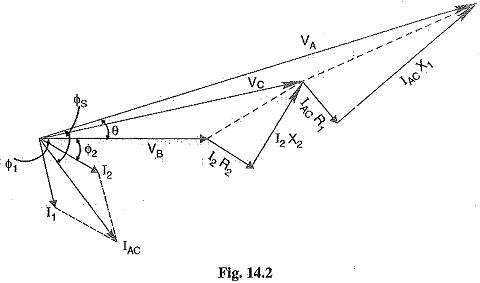 The vector diagram of the AC Distribution Calculations under these conditions is shown in Fig. 14.2. Here, the receiving end voltage VB is taken as the reference vector. As power factors of loads are given w.r.t. VB, therefore, I1 and I2 lag behind VB by Φ1 and Φ2 respectively. 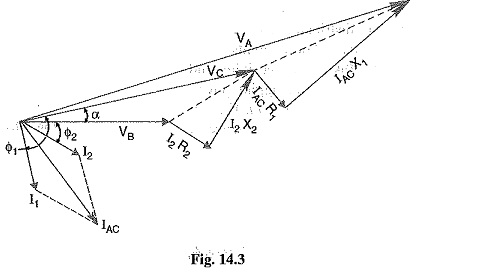