There are two basic types of Optical Encoders: 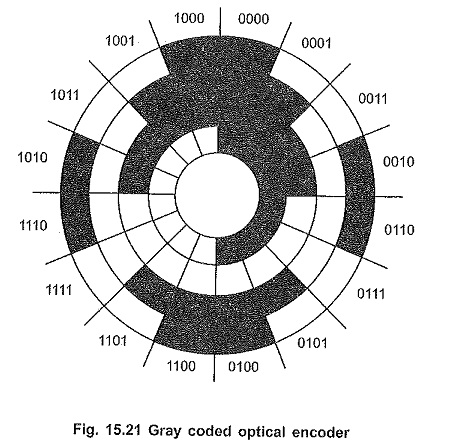 As shown in the Fig. 15.21, usually gray code is used rather than a normal binary code. The gray code reduces the size of the largest possible error in reading the shaft position to the value of the least significant bit.

Absolute encoding using a Gray code disk has the advantage that each position is represented by a specific code which can be directly read through the input port by the microcomputer. However, absolute encoding has a disadvantages that it needs multiple pairs of LEDs and phototransistors, and it is difficult to keep a track of position during multiple rotations.

The incremental encoders solve some problems of absolute encoders. They produce a pulse for each increment of shaft rotation. It has circular windows around the circular disk mounted on the motor shaft. This disk rotates with the shaft. One pair of LED and phototransistor is mounted such that LED is on the one side of the disk and phototransistor is on the other side of the disk. 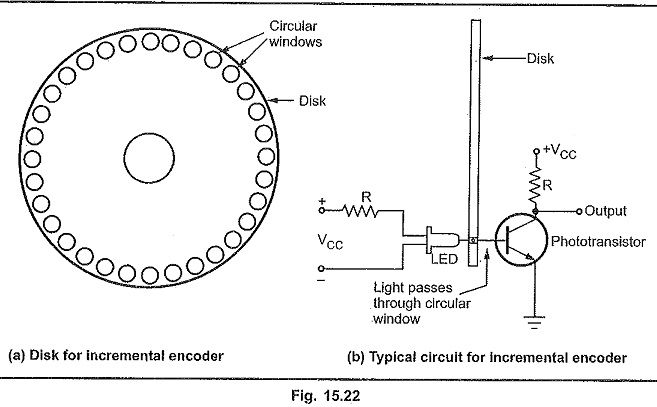