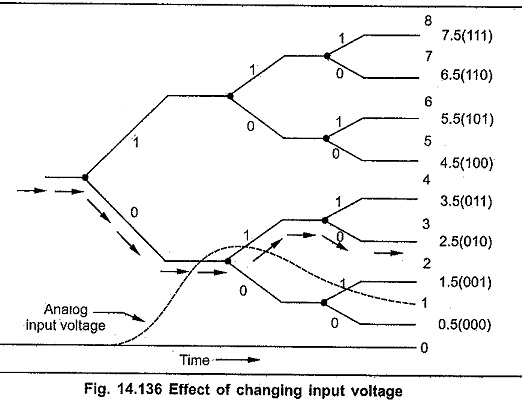 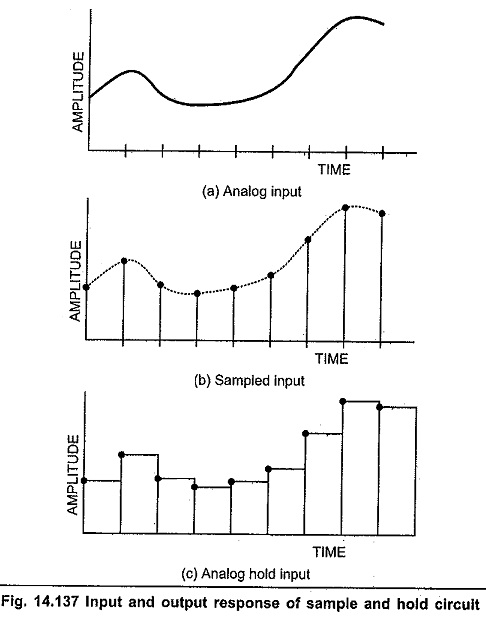 As its name implies, the Sample and Hold IC  (S/H) circuit samples the value of the input signal in response to a sampling command and hold it at the output until arrival of the next command. It samples an analog input voltage in a very short period, generally in the range of 1 to 10 μs, and holds the sampled voltage level for an extended period, which can range from a few millisecond to several seconds. Fig. 14.137 shows input and output response of the Sample and Hold IC circuit.

The Sample and Hold IC circuit uses to basic components analog switch and capacitor. The Fig. 14.138 shows the basic sample and hold circuit.

The circuit tracks the analog signal until the sample command causes the digital switch to isolate the capacitor from the signal, and the capacitor holds this analog voltage during A/D conversion. 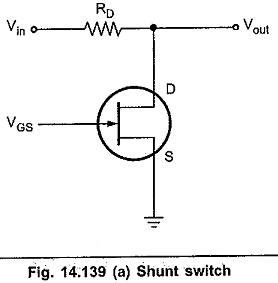 Fig. 14.139 shows JFET used as a shunt switch. The JFET is turned on and off by VGS. When VGS = 0 V, JFET acts as a closed switch and RDS is much less than RD. Due to the voltage divider action Vout is very small, approximately equal to 0 V. When VGS is more negative than VGS(OFF), the JFET acts as an open switch. Due to this Vout is equal to Vin. 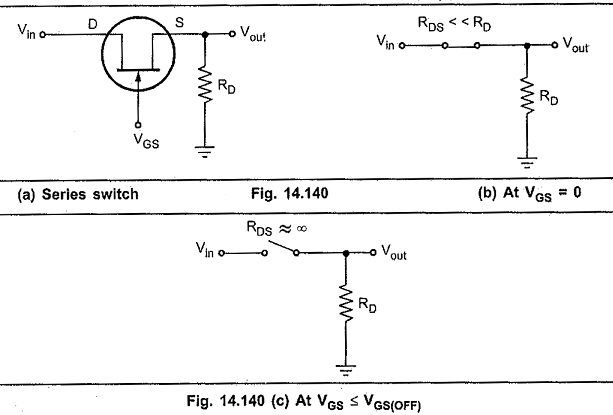 Fig. 14.140 shows JFET used as a series switch. When VGS = 0 V, the switch is closed and Vout equals Vin. When VGS is equal to or more negative than VGS(OFF), the JFET is open and Vout is approximately zero.