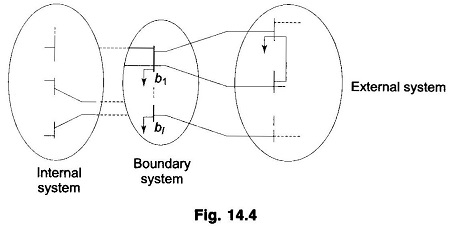 To illustrate the simplification of the state estimation algorithm, consider the linearized measurement equation for the injections only case. Since the system is partitioned into three subsystems, this equation may be written as

The component Δybe may be estimated if the terms Δybi and Δybb are computed as Hbi Δxi and Hbb Δxb and then subtracted from the measured value of Δyb. This would result in part of Eq. (14.45) to be rewritten as