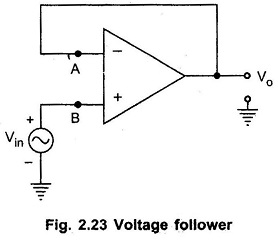 The node B is at potential Vin. Now node A is also at the same potential as B i.e. Vin.

Now node A is directly connected to the output. Hence we can write,

For this circuit, the voltage gain is unity. 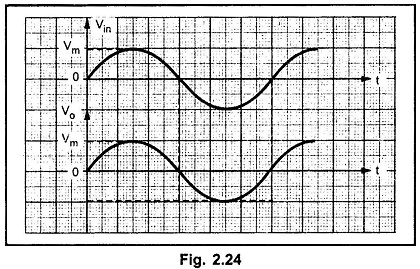 The advantages of such Voltage Follower circuit are,

Because the input resistance of the voltage follower is extremely large, it draws negligible current from the signal source. Therefore the signal source is not loaded. This property is most suitable in the instrumentation amplifier, which is used to amplify the signal output from a transducer.