When θ  is positive, the current lags behind voltage. This is a convenient choice of sign of θ in power systems where loads have mostly lagging power factors. 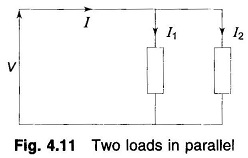 In a series RL load carrying current I,

In case of a series RC load carrying current I,

Consider now a balanced three-phase load represented in the form of an equivalent star as shown in Fig. 4.12. 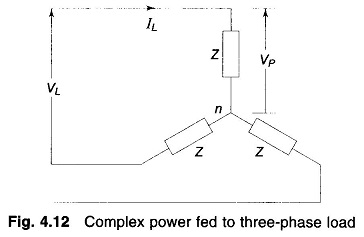 If VL is in kV, S is now given in MVA. Load impedance Z if required can be calculated from